Time for Tech to Drive Change

It is long overdue for us as citizens, and as technologists, to make health, safety, and well-being in the Black community real priorities. In recent years, we have been the targets of “alternative facts” distancing us further from objective truth, but let’s recognize and call them what they are – propaganda. We now have to face actual facts in these matters.

We are equipped with the tools we need to do the work to understand and address persistent problems in the treatment of Black Americans, identify areas of high risk in the midst of the major upheaval of a lethal pandemic, and inform private sector decisions and public sector policy both in our current circumstances, and in making what we as a citizenry want our future to look like.

The Post-Civil War Origins of Systemic Racism
Unequal treatment under the law, and the social manifestations of that law, has created a persistent and systemic suppression of rights and opportunity, since Reconstruction (1863-67) ended, and “Redemption” (1873-77) resulted in the Compromise of 1877, with Northern Republicans agreeing to home-rule in the South. The Republican Party in the North agreed not to interfere in the South’s state-level activities, and that white Democrats would rule. Southern Democrats pledged that they would “recognize the civil and political equality of blacks.” In reality, the South imposed restrictions and exclusions personified by the Jim Crow laws. As W. E. B. DuBois said, “The slave went free; stood a brief moment in the sun; then moved back again toward slavery.”

The Current State
Despite advances during the Civil Rights Movement of the 1960s, here’s where we are now:
“The median black American will be as just as far behind their white counterpart in 2017 as they were in 2000 in terms of income, wealth, unemployment, earnings, the risk of incarceration, and many measures of health.” (Brookings) 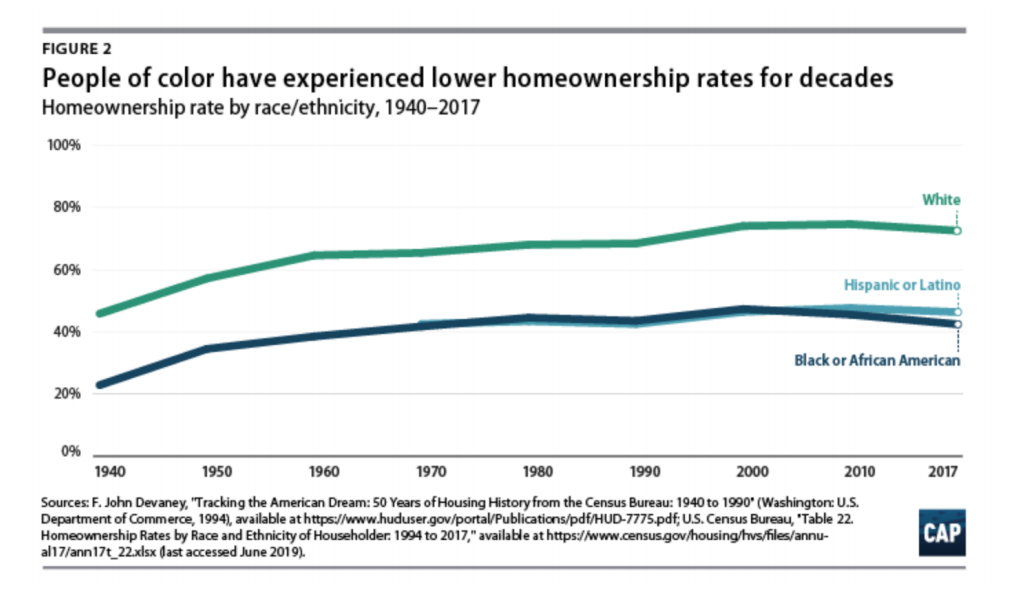 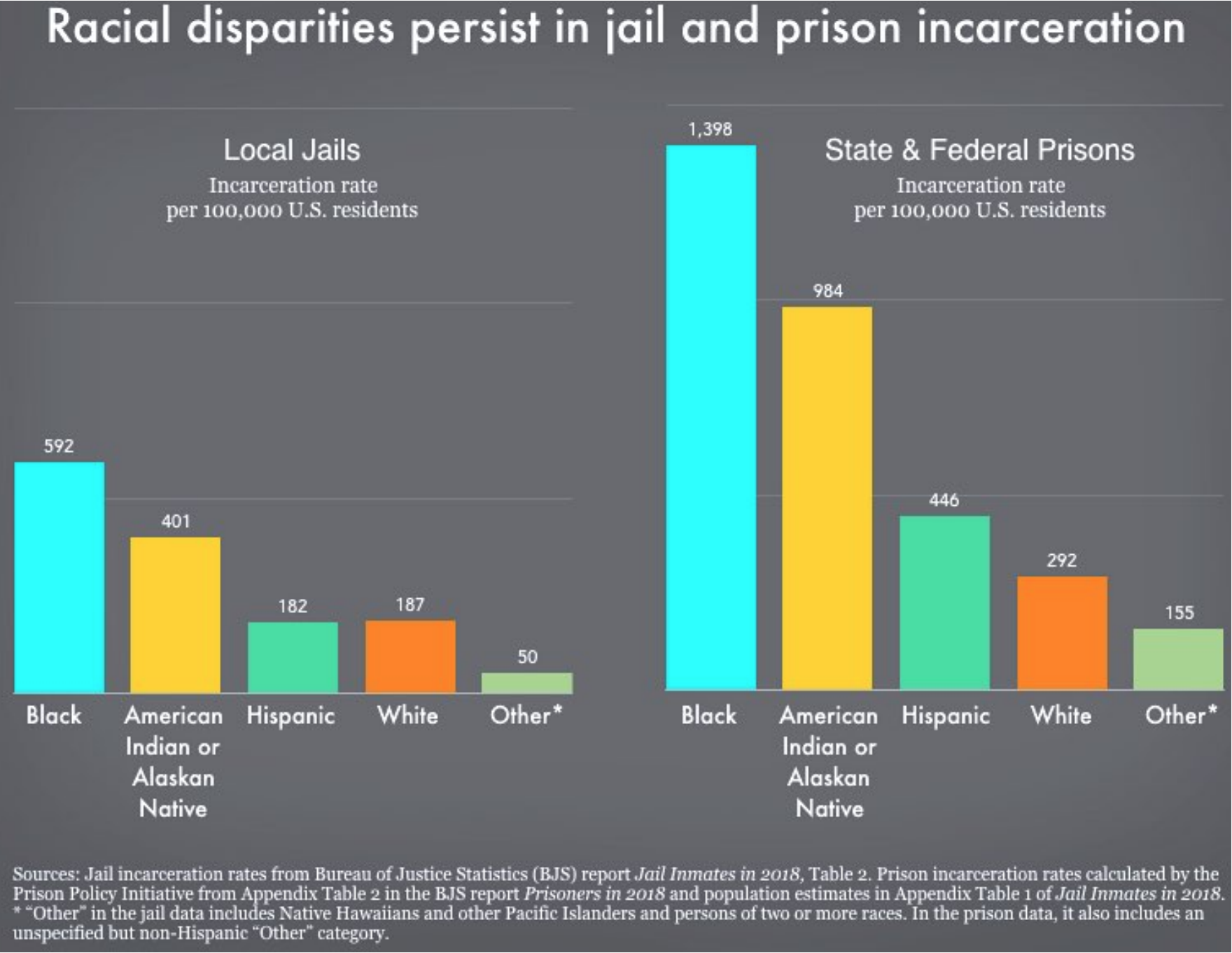 There is significant disparity in the severity of sentencing as well. Drug use among Blacks and whites is similar, but the incarceration rate for drug arrests among Black Americans is over 5 times higher than whites. (NAACP) 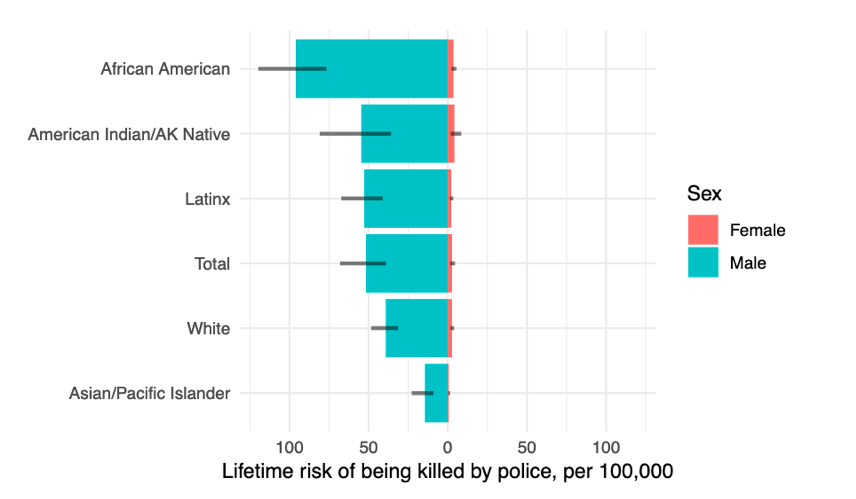 A Confluence of Events
Two concurrent shocks to the system have altered our lives, our ways of thinking, our experiences. One hopes it changes our perspective, and our focus on remediation.

1. COVID-19
A once-in-a-century pandemic is killing Black Americans at double the rate of the total population. Predominantly black neighborhoods and communities are disproportionately affected, both by the virus itself, and the seismic economic disruptions that have resulted.

COVID-19 death rates among Black Americans “are most dramatically higher in the District of Columbia (6 times as high), Kansas (5 times), Wisconsin (5 times), Michigan (4 times), Missouri (4 times), New York (3 times) and South Carolina (3 times)… Put another way, if they [Black Americans] had died of COVID-19 at the same rate as White Americans, at least 14,400 Black Americans… would still be alive.” (APM)

Note: These are the top 5 states
Source: APM Research Lab

As the Yale School of Medicine’s Dr. Marcella Nunez-Smith points out, “For many people, physical distancing is a privilege. If you live in a crowded neighborhood or you share a household with many other people, we need to give messaging specific to those conditions. If you need to leave home for work every day, if you need to take public transportation to get to an essential frontline job, how can you keep safe?” (APM)

According to the CDC: “For many people in racial and ethnic minority groups, living conditions may contribute to underlying health conditions and make it difficult to follow steps to prevent getting sick with COVID-19 or to seek treatment if they do get sick.

Finally, evidence gathered prior to the pandemic showed that health care providers tend to be less attuned to the needs of black patients, resulting in poorer outcomes. (Pew)

2. The Killing of George Floyd and Breonna Taylor
The most recent of the thousands of Black Americans killed by law enforcement officers in recent years have sparked protests and calls for reform across the US. These protests have shined a light on what Black Americans have known for many decades – you are not safe. The increasing popularity of training imbued with a warrior mentality, combined with more firepower have resulted in an ever-increasing bias toward violence. A 2018 National Academy of Sciences study found that militarized police units in the United States were more frequently deployed to communities with large shares of Black Americans, even after controlling for local crime rates. (PNAS)

That militarization of local police departments, first in the late 1960s with the Omnibus Crime Control and Safe Streets Act of 1968, into the 1970s with the move toward heavily equipped SWAT teams, was amplified during the 1990s with the Department of Defense’s 1033 program. The program, which President Obama attempted to limit, but President Trump has expanded, “allows local law enforcement agencies to receive excess Department of Defense equipment… because it was no longer useful to the military.” Over 8,000 departments have taken advantage of the 1033 program to acquire “more than $6 billion worth of military equipment such as night-vision goggles, machine guns, armored vehicles, bayonets, grenade launchers, and military aircraft.” (Koch Institute) 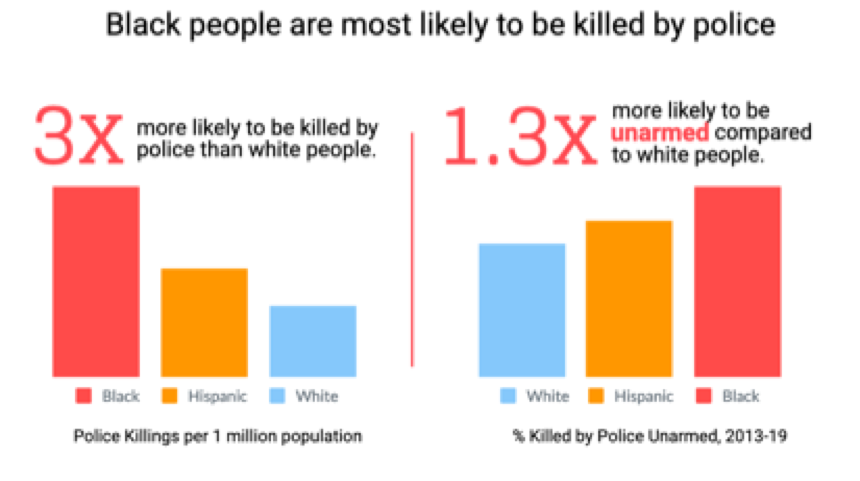 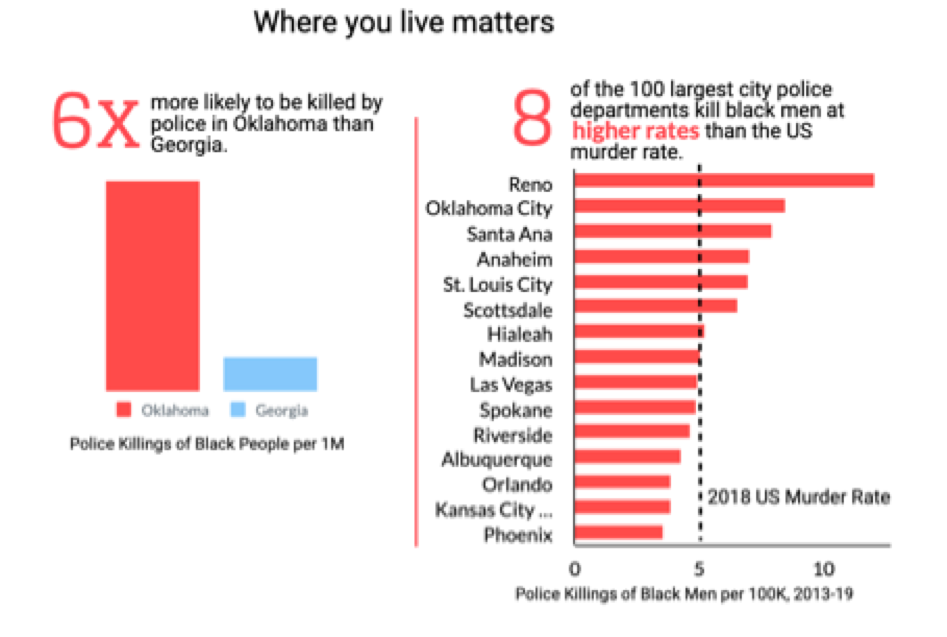 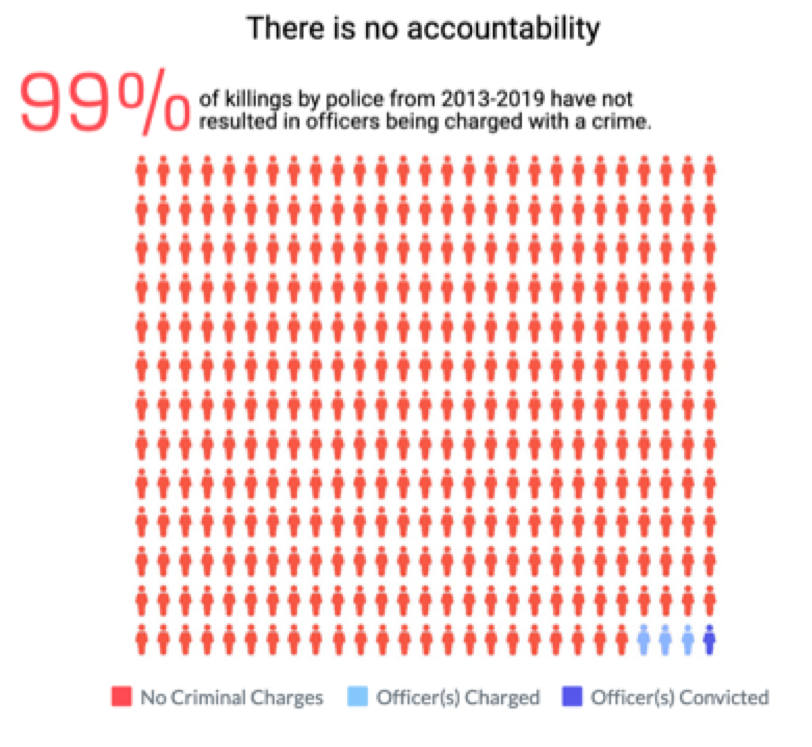 The LAPD is a clear example: 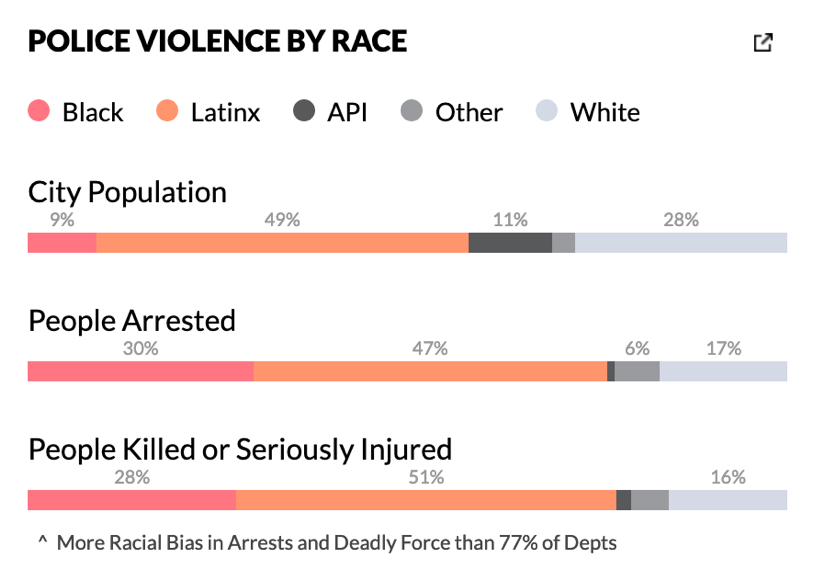 What’s Next – Acting Local
These events taken on their own, would each be a major national upheaval. Much of what has been described here has been based on information at the national or state level. But the impact is not distributed equally – the fact that racism is a systemic issue does not mean that its impact is diffused evenly across the country. Rather, it is made manifest in essentially an infinite number of ways, where each individual has a hardship, a fear, someone to grieve for. And a neighborhood – a community – is where all of these things come together through shared experience. It is where conversations have to take place, where empathy must flourish and where investments in human potential, health and prosperity must be made.

The best way to identify, address and solve these issues is through facts, through data. And it’s not just one set of information, but many datasets, brought together into hyper-dimensional, microtargeted populations, and made available to both public and private actors to support debate and action. There are moments in time, and today is an exemplar, where events make certain issues impossible to ignore. We as a technology community are better equipped than ever before to make sure we as a country – as a collective of communities – advance the idea and the actuality of equality.